In October, Doctor Web announced the results of an investigation into online scamming. Over 10,000 people fell victim to a cybercriminal, who gained a total of $24,000.

For a month, the attackers kept sending emails soliciting money from users and threatening to compromise their personal data. Apparently, the scammers managed to get ahold of several databases with registration data, including email addresses and passwords. The attackers used the addresses to send messages stating that they knew victims’ password and had allegedly installed malware on their computers. To prevent victims’ personal details from becoming public, the cybercriminals demanded a $500-$ 850 bitcoin ransom.

The scammers are actively using several bitcoin wallets; and, judging by the information on blockchain.com, several users have already fallen for the fraud. 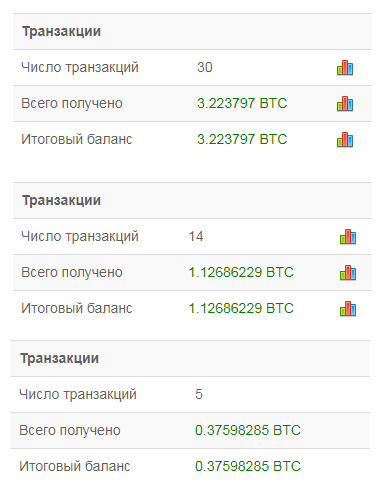 This method for extorting money has recently been extremely popular among cybercriminals. They send emails with various threats, but with limited combinations of email addresses and passwords. Of course the scammers did not use any viruses or Trojans to extract this information. Users simply needed to change the passwords to protect themselves.

Doctor Web experts have conducted a large-scale investigation. The results were published this October. Our malware analysts have analyzed the activities of cybercriminals who went by the names Investimer, Hyipblock, and Mmpower. To achieve their goals, they used a wide range of malware, including stealers, downloaders, backdoors, and a Trojan miner with an embedded module replacing the contents of the clipboard.

The general scheme the cybercriminal used to deceive users is as follows: the potential victim is, by various means, lured to a fraudulent website that requires the download of a certain client program to use it. However, instead of a client program, the victim downloads a Trojan that installs other malware on the computer when the attacker signals it. These programs (mainly stealer Trojans) steal confidential data from affected devices, and the scammer later uses it to steal cryptocurrency and money from victims’ accounts through various payment systems.

Doctor Web analysts believe the total number of users affected by Investimer’s illegal activities exceeds 10,000. Our experts estimate the damage to victims as over $23,000, in addition to more than 182,000 Dogecoins, equal to about $900 at the current rate. You can read more on this investigation in this article on our website.

JS.BtcMine
A family of JavaScript scenarios designed to covertly mine cryptocurrencies (mining).
Trojan.SpyBot.699
Trojan spyware designed for keyboard clickjacking on an infected device, executing commands and stealing confidential information.
Trojan.Starter.7394
A Trojan whose main purpose is to launch an executable file with a specific set of malicious functions in an infected system.
Trojan.Encoder.11432
An encryption worm, also known as WannaCry.

JS.BtcMine
A family of JavaScript scenarios designed to covertly mine cryptocurrencies (mining).
W97M.DownLoader
A family of downloader Trojans that exploit vulnerabilities in office applications and can download other malicious programs to a compromised computer.
Trojan.Encoder.26375
An encryption ransomware Trojan that encrypts files and demands a ransom to decrypt the compromised data.
Trojan.PWS.Stealer
A family of Trojans designed to steal passwords and other confidential information stored on an infected computer.
Trojan.SpyBot.699
Trojan spyware designed for keyboard clickjacking on an infected device, executing commands and stealing confidential information.

During October 2018, the URLs of 156,188 non-recommended websites were added to the Dr.Web database.

In early October, an entry was added to the Dr.Web virus databases to detect the Android banker Android.BankBot.1781. It can download and run auxiliary modules, as well as compile and execute C# code received from attackers. Later, Doctor Web’s experts discovered several Trojans in the official Android applications catalog. Among them were the malware Android.FakeApp.125 and Android.Click.245.origin, which loaded and displayed fraudulent websites.

At the end of the month, Google Play was found to have the downloader Trojans Android.DownLoader.818.origin and Android.DownLoader.819.origin. They downloaded and tried to install other Android Trojans to mobile devices. Our malware analysts also looked into the malicious applications Android.RemoteCode.192.origin and Android.RemoteCode.193.origin, distributed under the guise of harmless software. The Trojans displayed ads and could download auxiliary modules, as well as open videos posted on YouTube by attackers. This enabled them to drive up the numbers on the views counter and increase the popularity of videos.