The Trojans' unique features are as follows:

Android.Backdoor.682.origin
Android.Backdoor.1521
The Trojans that execute cybercriminals’ commands and help them to control infected mobile devices.
Android.HiddenAds.261.origin
Android.HiddenAds.288.origin
The Trojans are designed to display intrusive advertisements. They are distributed under the guise of popular applications by other malicious programs, which in some cases quietly install themselves in the system catalog.
Android.DownLoader.573.origin
A Trojan that downloads other malware applications.

At the beginning of the month, Doctor Web experts detected the Trojan Android.FakeApp.125 on Google Play. It was distributed as a program allegedly paying money for answering simple questions. In reality, Android.FakeApp.125 was loading and displaying fraudulent websites upon the signal of the managing server. 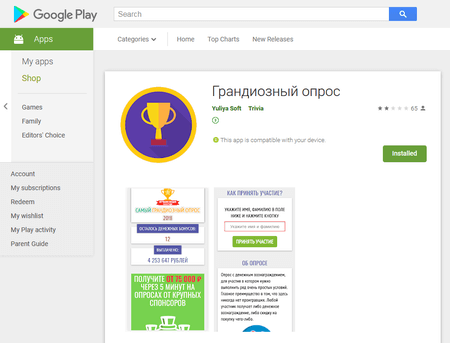 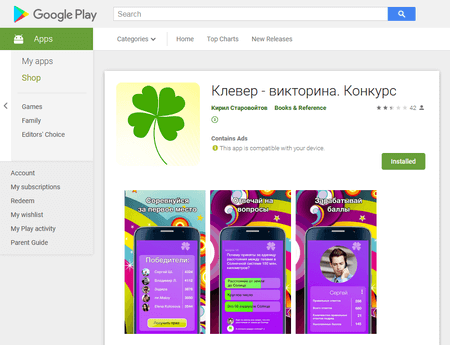 Aside from that, the Dr.Web virus database was updated with entries to detect new malware Android.DownLoader.3897, Android.DownLoader.826.origin and Android.BankBot.484.origin. They downloaded and tried to install banking Trojans on mobile devices.

Among the mobile malware detected in October was the Android banker Android.BankBot.1781 with a modular architecture. At the command of the managing server, it could download various Trojan plug-ins, as well as download and execute C# scripts. Android.BankBot.1781 could steal bank card data, SMS messages, and other confidential information.

Cybercriminals distribute malicious programs to Android mobile devices via Google Play and fraudulent or hacked websites. To protect smartphones and tablets, it is recommended that users install Dr.Web anti-virus products for Android.