June 2015 proved to be rather interesting in terms of information security. For instance, Doctor Web security researchers detected a number of hacker attacks on websites of different organizations, including the Russian Public Opinion Research Center (VCIOM). Moreover, during the first summer month, new malicious programs for Windows, OS X, and Android became widespread.

At the beginning of June 2015, Doctor Web analysts detected a new Trojan named Trojan.Proxy.27552 and designed to send out spam messages. This Trojan has a few peculiar characteristics; for example, it can cause BSOD (“Blue Screen of Death”) right after the beginning of the installation process. Another curious feature of Trojan.Proxy.27552 lies in the fact that it stores the list of command and control servers' addresses in the Windows system registry. 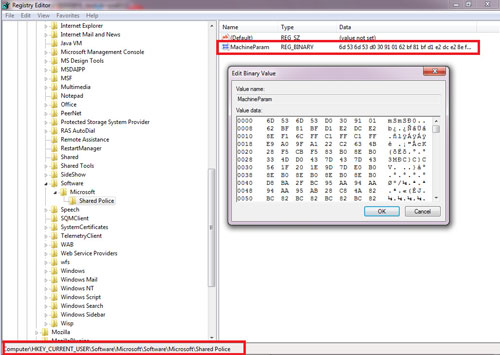 The main purpose of Trojan.Proxy.27552 is to send spam messages together with a remote spam server. Curiously enough, links from the messages sent by the Trojan direct users to hacked websites. Detailed information regarding this malware can be found in the review published by Doctor Web.

Doctor Web security researchers continue to monitor a number of active botnets. Among them is a botnet created by cybercriminals using the file infector Win32.Rmnet.12. The average daily activity of the botnet's two subnets is shown in the following graphs:

In June, attacks on Internet resources with the use of Linux.BackDoor.Gates.5 became considerably less frequent. In comparison with the previous month, the number of attacked IP addresses decreased by 76.6 per cent and was estimated 1,284. Cybercriminals also changed the focus of their attacks. Thus, Canada became the country leading in the number of compromised resources, while China and the United States were ranked second and third respectively. 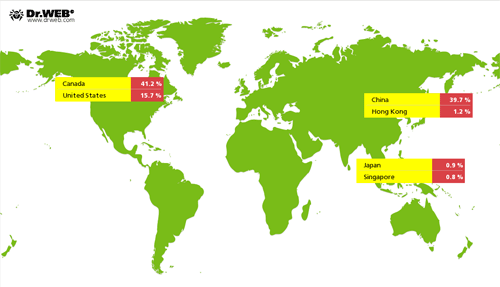 The most common ransomware programs in June 2015

Adware and installers of unwanted applications are found among the most frequently distributed malicious programs that target OS X. In June, a suchlike malware was added to virus databases under the name of Adware.Mac.MacInst.1.

Once Adware.Mac.MacInst.1 is run, it demonstrates a dialog with the information on the file the user wanted to download. 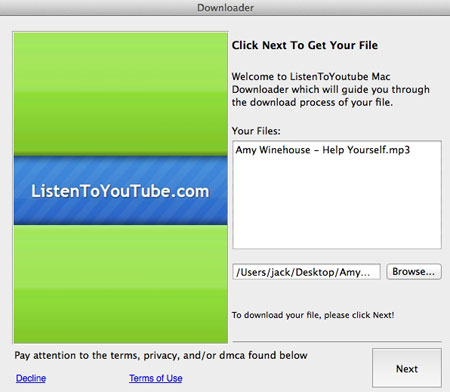 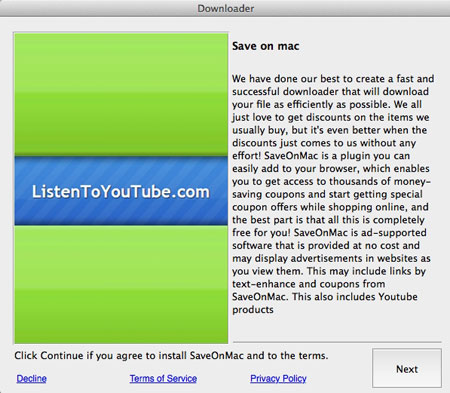 Among these components, there is a program detected by Dr.Web as Trojan.VIndinstaller.3. This application, in turn, installs malicious plug-ins for Safari, Firefox, and Chrome that are detected as Trojans belonging to the Trojan.Crossrider family. Find out more about the malware in this news article.

In June 2015, a number of webpages on the official website of the Russian Public Opinion Research Center (VCIOM) were temporarily added to Dr.Web virus databases as Internet resources distributing malicious software. This is due to the fact that both Russian (wciom.ru) and English (wciom.com) versions of VCIOM's website were hacked by cybercriminals. On the compromised server, hackers created a special section where they planted a number of webpages with most frequently searched titles. These pages contained a link to download a file detected by Dr.Web as a malware belonging to the Trojan.DownLoader family. Using this downloader, cybercriminals were able to install a mining application and other malicious programs on affected computers. Judging by the statistics, tens of thousands of users fell victim to this fraudulent scheme. 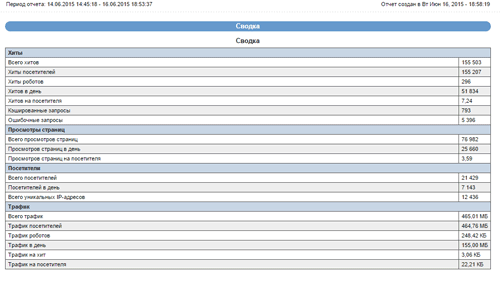 In June, cybercriminals continued to target users of Android devices. Moreover, a number of various unwanted and malicious applications for the mentioned operating system were detected by Doctor Web security researchers. Among the most noticeable events related to malware for Android we can mention