Over the course of last month, Doctor Web’s malware analysts discovered many new malicious applications on Google Play. Among them were dozens of fake apps that cyber criminals use in various fraudulent schemes, as well as trojans that subscribe victims to paid services. 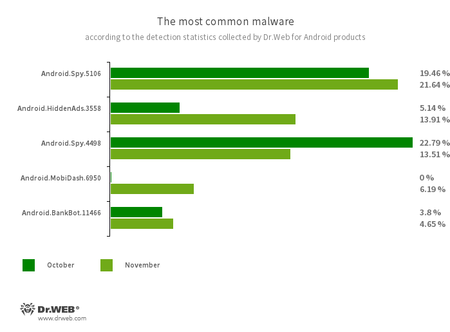 Android.Spy.5106
Android.Spy.4498
The detection name for various modifications of the trojan that steals the contents of other apps’ notifications. In addition, it can download apps and prompt users to install them, and it can also display various dialog boxes.
Android.HiddenAds.3558
A trojan designed to display intrusive ads. Trojans of this family are often distributed as popular and harmless applications. In some cases, other malware can install them in the system directory. When these infect Android devices, they typically conceal their presence from the user. For example, they “hide” their icons from the home screen menu.
Android.MobiDash.6950
A trojan that displays obnoxious ads. It is a special software module that developers incorporate into applications.
Android.BankBot.11466
The detection name for malicious applications protected with an ApkProtector software packer. Among them are banking trojans, spyware, and other malicious software. 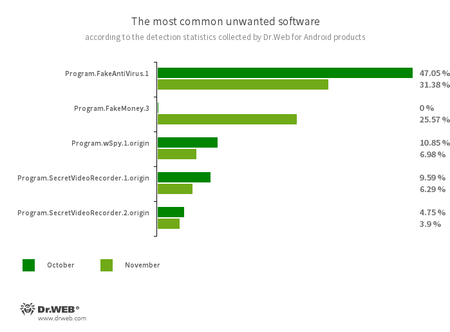 Program.FakeAntiVirus.1
The detection name for adware programs that imitate anti-virus software. These apps inform users of nonexistent threats, mislead them, and demand that they purchase the software’s full version.
Program.FakeMoney.3
The detection name for an Android application that allegedly allows users to earn money by watching video clips and ads. This app makes it look as if rewards are accruing for completed tasks. To withdraw their “earnings”, users allegedly have to collect a certain sum. But even if they succeed, in reality they cannot get any real payments.
Program.wSpy.1.origin
A commercial spyware app designed to covertly monitor Android device user activity. It allows intruders to read SMS and chats in popular messaging software, listen to the surroundings, track device location and browser history, gain access to a phonebook and contacts, photos and videos, and take screenshots and pictures through a device’s built-in camera. In addition, it has keylogger functionality.
Program.SecretVideoRecorder.1.origin
Program.SecretVideoRecorder.2.origin
The detection name for various modifications of an application that is designed to record videos and take photos in the background using built-in Android device cameras. It can operate covertly by allowing notifications about ongoing recordings to be disabled. It also allows an app’s icon and name to be replaced with fake ones. This functionality makes this software potentially dangerous. 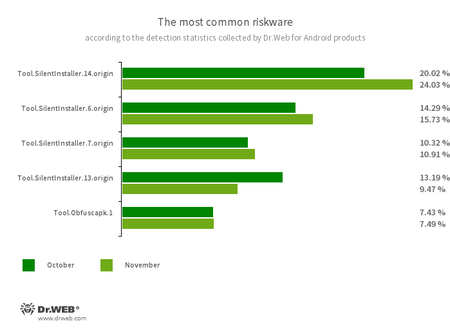 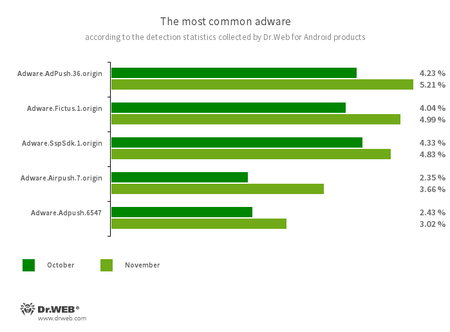 When users tried to apply for a job announcement they liked, they were asked to provide their personal information, including their first and last names, email address, and mobile phone number. This data would then end up in the cybercriminals’ hands. In some cases, potential victims of the fraudsters were asked to contact “the employer” directly, using WhatsApp or Telegram messengers. Posing as representatives of various companies, scammers invited users to join dubious online money-making services and then tried to swindle money from them. Read more on this case in special news material on our website.

Other trojans allegedly allowed users to make money by watching ads. Dubbed Android.FakeApp.1081, Android.FakeApp.1082, Android.FakeApp.1083, and Android.FakeApp.1084, these malicious apps loaded advertising video clips and banners. For each successfully completed view of a full-screen ad, users “received” a reward of 1 ruble. However, when they tried to withdraw the money, these applications informed them that they needed to collect a much larger sum—up to several thousand rubles. In this case, the authors of these fake apps deceived the victims to make them watch as many ads as possible and, thus, generate more income for the fraudsters. At the same time, in order to increase the volume of ad traffic even more, some modifications of these trojans had a “reference” or “help” information section in which it was stated that if a user clicks on ads, the reward would allegedly increase to 2 rubles. In reality, users did not receive any rewards at all and only wasted their time.

These malicious applications were targeted toward Russian-speaking users. However, their creators made many grammatical and lexical mistakes. Among them were mistakes in the apps’ names, like “Заработка без вложений” (Zarabotka bez vlozheniy—“To earning without investment”), “Заработка денег с Одной клик” (Zarabotka deneg s Odnoy klik—“To earning money with One of click”). Also mistakes were made in the texts of the apps’ interface, like “Порог начисление деньги это 2000 рублей” (Porog nachislenie dengi eto 2000 rublei—“2000 rubles is a minimum accrual money”), “Вам зачисленно 1 рублей” (Vam zachislenno 1 rublei—“You have been creditted 1 rubles”), and “Вам надо заработать 3000 рублей чтобы вывести денег” (Vam nado zarabotat 3000 rublei chtobi vivesti deneg—“You have to earn 3000 rubles to withdraw some money”).

Our specialists uncovered over 20 modifications of these trojan apps. 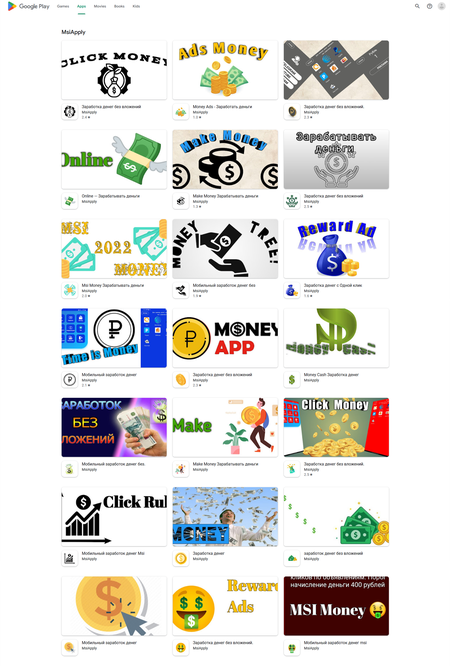 Among the fake apps discovered were the usual trojans that allegedly allow money to made through various investments, such as cryptocurrencies and the stock market, and also by trading in oil and natural gas. They were distributed under the guise of different instruments, like directories or trading apps, and were targeted toward users from a variety of countries, including Russia and Kazakhstan. These fakes loaded fraudulent websites, misleading potential victims. 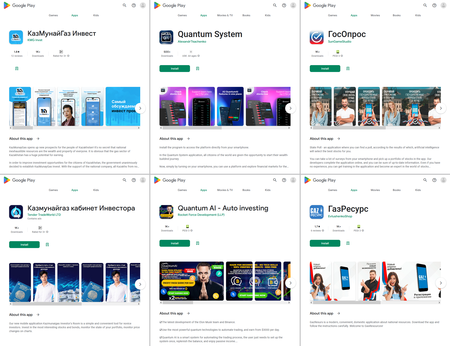