According to detection statistics collected by Dr.Web anti-virus products for Android, in May, adware trojans and malware capable of downloading other applications and executing arbitrary code were among the most common threats found on the protected devices.

Over the course of the month, Doctor Web’s specialists uncovered many new threats on Google Play. Trojans subscribing users to premium mobile services and malicious apps loading fraudulent sites were among them. 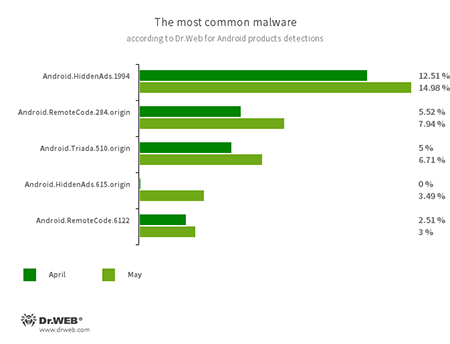 Android.HiddenAds.1994
Android.HiddenAds.615.origin
Trojans designed to display obnoxious ads. They are distributed as harmless applications and, in some cases, are installed into the system directory by other malware.
Android.RemoteCode.284.origin
Android.RemoteCode.6122
Malicious applications that download and execute arbitrary code. Depending on their modification, they can load various websites, open web links, click on advertising banners, subscribe users to premium services, and perform other actions.
Android.Triada.510.origin
A multifunctional trojan performing various malicious actions. This malware belongs to the trojan family that infects other app processes. Some modifications of this family were found in the firmware of Android devices, which attackers implanted during manufacturing. Some of them can also exploit various vulnerabilities to gain access to protected system files and folders. 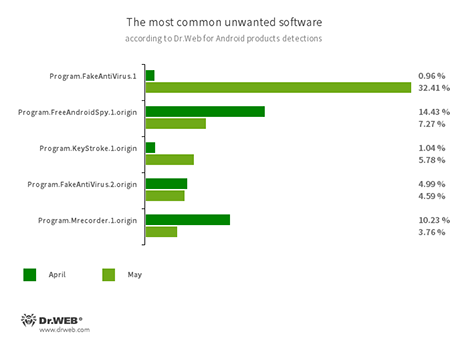 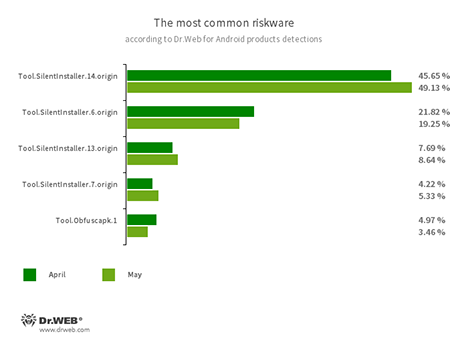 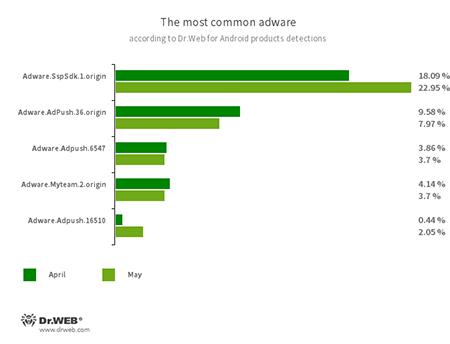 In May, Doctor Web’s specialists unveiled many new malicious apps on Google Play. Various trojans from the Android.FakeApp family were among them. The majority of these trojans were spread under the guise of software that allegedly allowed users to find information about payments, allowances and compensations from the government and apply for them. Others were distributed as official apps of the «Русское лото» (Russian Lotto) lottery, in which potential victims were offered free lottery tickets and invited to check other tickets for winnings. 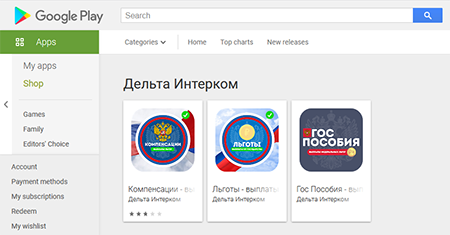 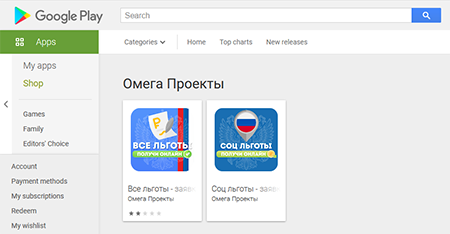 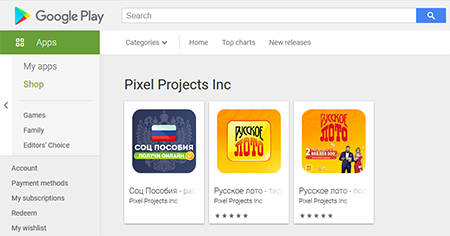 Examples of the trojans' appearance:

Examples of notifications these trojans can display: 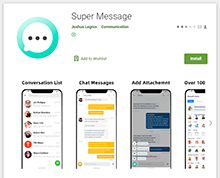 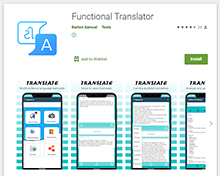 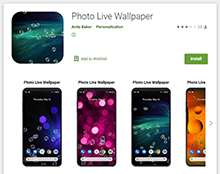 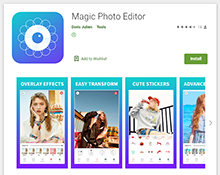