Doctor Web specialists have found new threats on Google Play. Various modifications of the Android.FakeApp trojan family designed to load fraudulent websites were among them. These malicious apps spread under the guise of reference software. Moreover, new member of the Android.Joker mulifunctional trojan family, which subscribed victims to premium services and had a functionality to execute arbitrary code, has also been discovered. 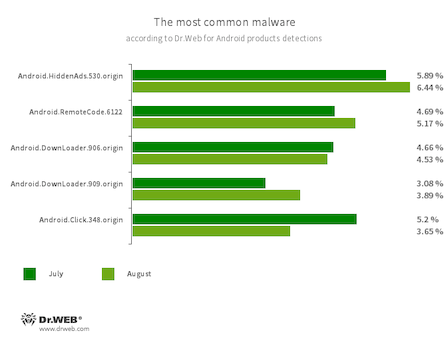 Android.HiddenAds.530.origin
A trojan designed to display obnoxious ads and distributed as popular applications. In some cases, it can be installed in the system directory by other malware.
Android.RemoteCode.6122
Malicious application that download and execute arbitrary code. Depending on its modification, it can load various websites, open web links, click on advertisement banners, subscribe users to premium services and perform other actions.
Android.DownLoader.906.origin
Android.DownLoader.909.origin
Trojans that download other malware and unwanted software. They can be hidden inside seemingly harmless apps found on Google Play or malicious websites.
Android.Click.348.origin
A trojan that automatically loads websites and clicks on links and advertisement banners. It can be spread as a harmless apps so that users will not consider it as a threat. 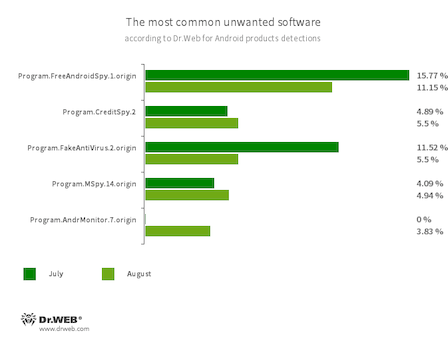 Program.FreeAndroidSpy.1.origin
Program.AndrMonitor.7.origin
Program.MSpy.14.origin
Software that monitors Android user activity and may serve as a tool for cyber espionage. These apps can track device locations, collect information from SMS and social media messages, copy documents, photo and video, spy on phone calls, etc.
Program.FakeAntiVirus.2.origin
Detection name for adware programs that imitate anti-virus software. These apps inform users of non-existing threats, mislead them and demand they purchase the full version of the software.
Program.CreditSpy.2
Detection name for programs designed to assign credit ratings to users based on their personal data. These applications upload SMS, contact information from phonebooks, call history and other information to the remote server. 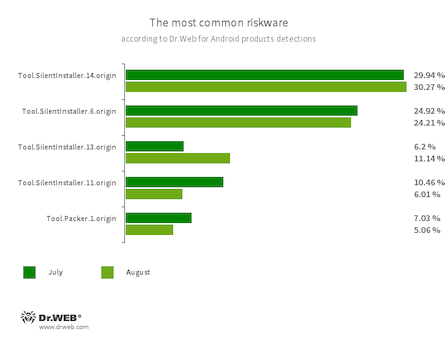 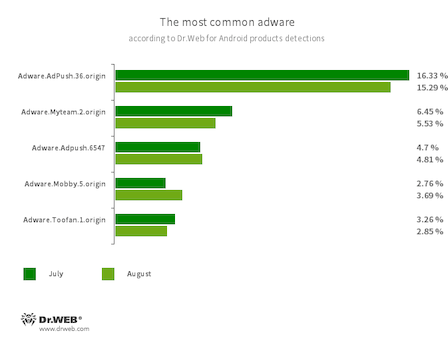 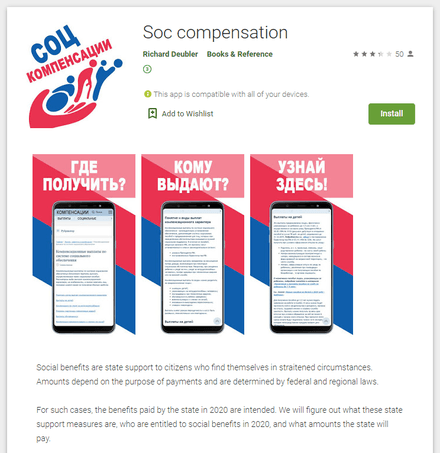 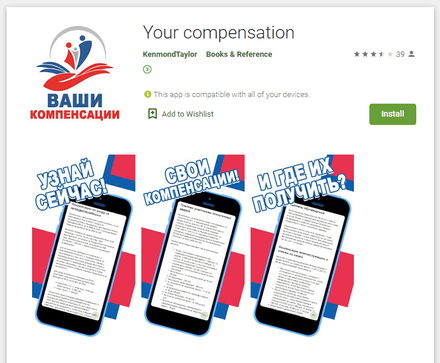 Upon their launch, the trojans load fraudulent websites of an inexistent organization “Unified Compensation Center for the VAT refund” where potential victims are asked to provide their personal information, allegedly to check the availability of the VAT refund or a social payout. After the information is provided, the website imitates the database search and falsely reports about successful validation and availability of the payout. 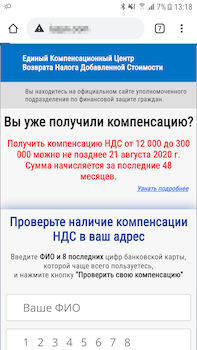 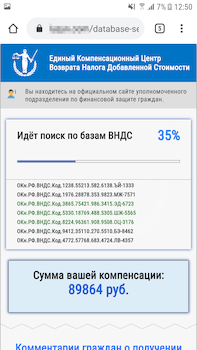 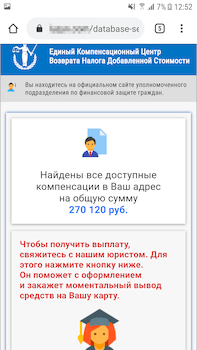 Next, the chat bot built into the fraudulent website imitates the conversation with the specialist. It offers the victim to fill the form with the additional personal information, as well as to pay the “fee” for the paperwork and money transfer. 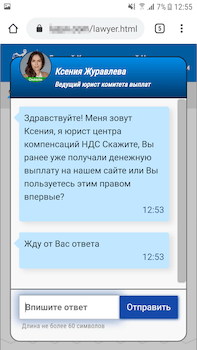 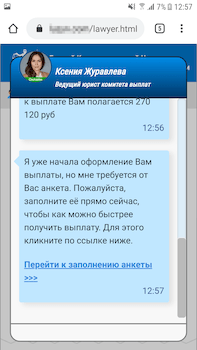 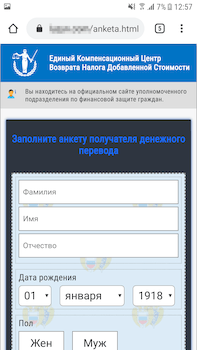 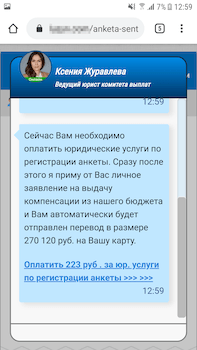 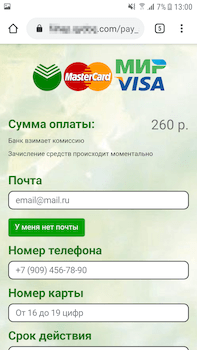 As a result, deceived users not only give the scammers their personal and confidential information, but also transfer them the money and receive nothing in return.

Another threat found on Google Play was a member of the dangerous Android.Joker trojan family, dubbed Android.Joker.304. It was spread under the guise of the translation application. Similar to other trojans of this family, Android.Joker.304 could subscribe users to premium services, as well as to load and execute arbitrary code. 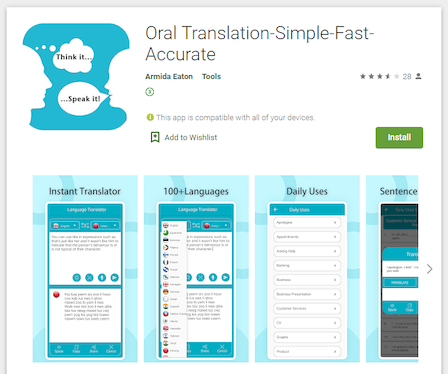