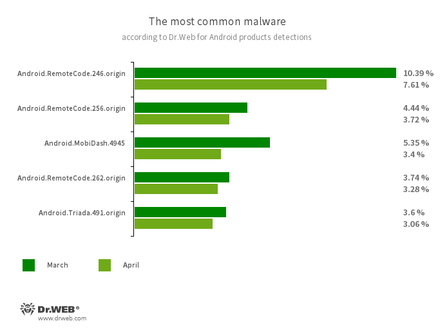 Android.RemoteCode.246.origin
Android.RemoteCode.256.origin
Android.RemoteCode.262.origin
Malicious applications that download and execute arbitrary code. Depending on their modification, they can load various websites, open web links, click on advertisement banners, subscribe users to premium services and perform other actions.
Android.MobiDash.4945
A trojan that displays obnoxious ads. It represents a special software module that is incorporated into the applications by the developers.
Android.Triada.491.origin
A multifunctional trojan that performs various malicious actions. This malware belongs to the family of trojans that infect other apps’ processes. Some of their modifications could be found in the firmware of Android devices, implanted by attackers during the manufacturing process. 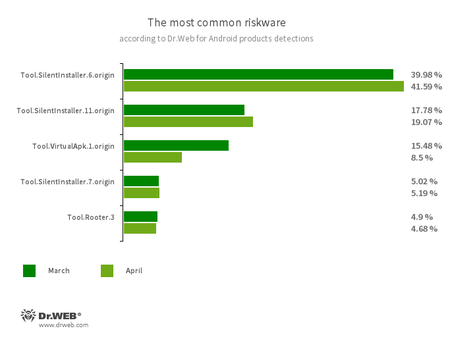 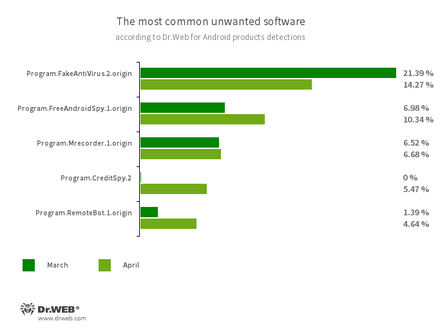 Program.FakeAntiVirus.2.origin
Detection name for adware programs that imitate anti-virus software. These apps can inform users about non-existing threats, mislead them and demand they purchase the full version of the software.
Program.FreeAndroidSpy.1.origin
Program.Mrecorder.1.origin
Software that monitors Android user activity and may serve as a tool for cyber espionage. These apps can track the devices’ location, collect information from SMS, social media messages, copy documents, photo and video, spy on phone calls, etc.
Program.CreditSpy.2
Detection name for the programs designed to assign credit ratings to users based on their personal data. These applications upload SMS, contact information from the phonebook, call history and other information to the remote server.
Program.RemoteBot.1.origin
Application that provides remote control of Android devices. It can intercept and send SMS, intercept and make phone calls, intercept notifications from the OS and other apps, track the device’s location, record surrounding area, take pictures and record videos, etc. 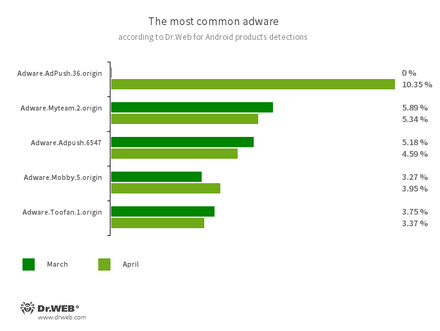 Program modules incorporated into Android applications and designed to display obnoxious ads on Android devices. Depending on their family and modifications, they can display full screen ads blocking other apps’ windows, show various notifications, create shortcuts and load websites.

In April, Doctor Web virus analysts discovered several malicious apps on Google Play. New modifications of the Android.Circle trojan family, such as Android.Circle.1.origin, Android.Circle.8 and Android.Circle.14, were among them. They were spread as benign software such as image editing software and sport related apps. Trojans of this family execute scripts with tasks using the built-in open source library, BeanShell. Upon the attackers’ command they can display ads and perform other actions. 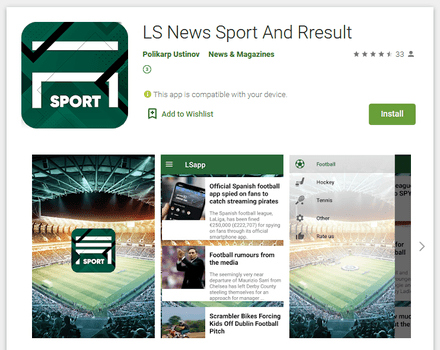 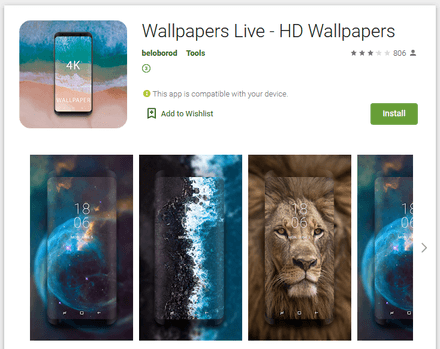 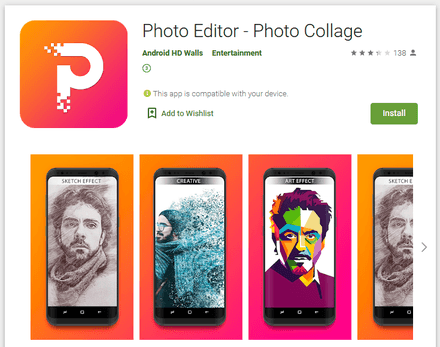 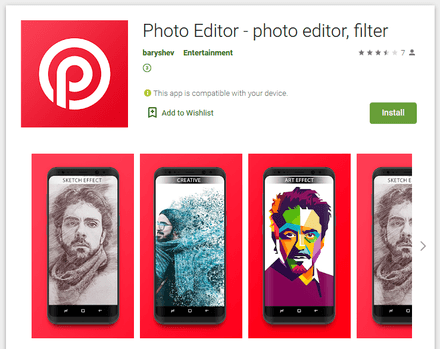 Along with these malicious apps, the Android.HiddenAds.2124 and Android.Joker.164 trojans were discovered as well. The former was built into the music application and showed obnoxious ads while the latter executed arbitrary code and could subscribe users to premium services. It was spread as picture editing software. 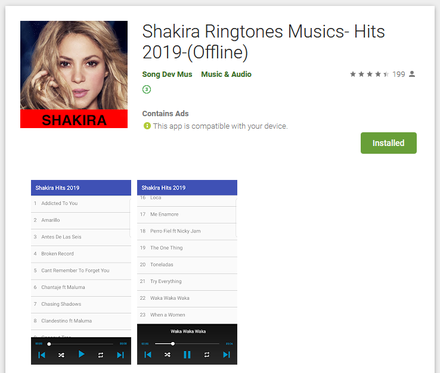 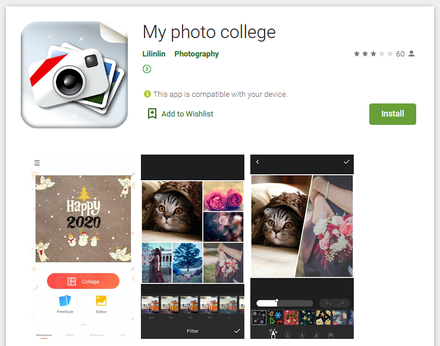