During November 2016, several cases involving Android Trojans were registered. The month began with a malicious program on Google Play, and then a new threat for Android mobile devices was discovered later.

At the beginning of November, Doctor Web’s specialists detected Android.MulDrop.924, a Trojan that was being distributed as a benign Google Play application called “Multiple Accounts: 2 Accounts”. It allowed mobile device users to use multiple accounts simultaneously. By the time the Trojan was detected, this application had already been downloaded over a million times. The Trojan was removed and no longer exists in the application store. 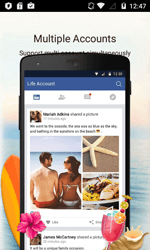 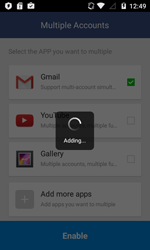 More information about Android.MulDrop.924 can be found in the corresponding review published by Doctor Web.

Later in November, Doctor Web’s specialists detected an Android Trojan that was preinstalled on some popular mobile devices—for example, the smartphone BLU R1 HD. The Trojan, added to the virus database under the name Android.Spy.332.origin, was initially a benign system program for updating firmware. However, malicious functions were added to the new version of that program.

Android Trojans are still posing a threat to user information security. They can be found periodically on the Google Play store and can even be preinstalled on mobile devices and tablets. To protect your device or to detect Trojans that have managed to infiltrate your device, we recommend that you install Dr.Web for Android.