In the past month, Doctor Web specialists found a new Trojan on Google Play that displays advertisements and steals private information. They also discovered a spyware Trojan incorporated into a modified version of the popular game—Pokémon Go.

In July, our specialists discovered yet another Trojan on Google Play—Android.Spy.305.origin. This Trojan is designed to display advertisements and steal confidential information. Android.Spy.305.origin is an advertising platform that can display ads on top of running applications and operating system interfaces. It can also display ads in the status bar. Doctor Web security researchers detected more than 150 applications containing this Trojan. These applications have been downloaded over 2.8 million times. 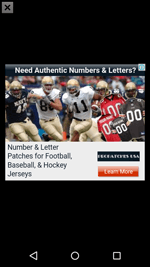 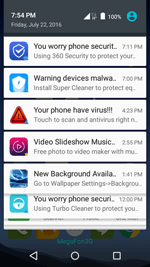 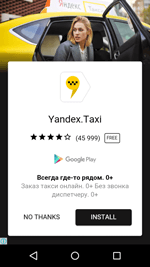 For more information about this incident, refer to this news article published by Doctor Web.

An unwanted program module that is incorporated into Android applications and is responsible for displaying annoying ads on mobile devices.

The Pokémon Go game, which was released in July, became very popular with millions of users worldwide, a fact that did not go unnoticed by cybercriminals. In mid-July, Doctor Web specialists detected that a modified version of this game contained Android.Spy.178.origin, a spyware Trojan first spotted by Doctor Web in April 2015. Android.Spy.178.origin steals private information—for example, information about phone calls, SMS messages, contacts, GPS coordinates, and browser history and bookmarks. 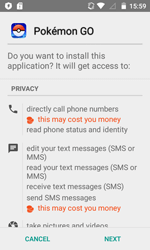 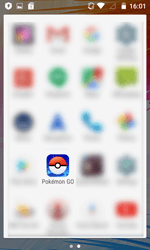 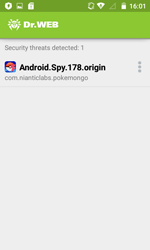 Attackers are still trying to compromise Android devices by publishing malicious applications on Google Play and turning benign programs into dangerous ones. Therefore, Doctor Web strongly advises users to protect their devices with anti-virus software and download applications only from reliable resources.