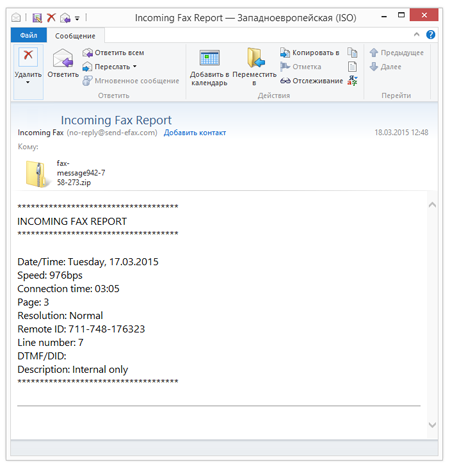 If an attempt is made to open the attachment, the malicious program Trojan.DownLoader11.32458 extracts and launches the encryption ransomware Trojan.Encoder.514 on the target machine. The ransomware then encrypts data stored on the disk and demands a ransom for its recovery. Files affected by Trojan.Encoder.514 do not have their filename extension changed, but get the string "!crypted!" appended at the beginning of their names. During the encryption process, the malware creates temporary files with the extension *.cry which are later deleted.

It is currently impossible to decrypt files affected by Trojan.Encoder.514. Doctor Web encourages users to make timely backups of their most valuable data, and to stay vigilant and refrain from opening files attached to emails from unknown senders.