The downloader Trojan entered the Dr.Web virus database as Trojan.DownLoad3.35539. Criminals spread it as an attached ZIP archive in mass spam messages. According to Doctor Web security researchers, messages of this kind come in many languages including English, German and even Georgian. 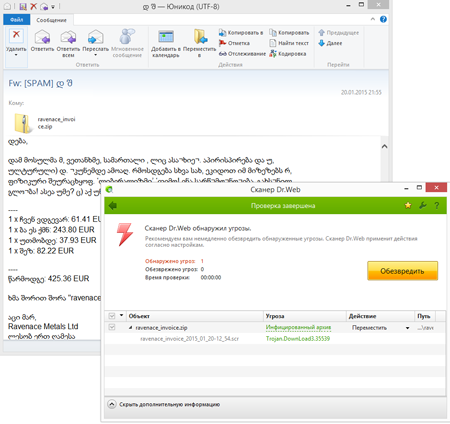 The archive contains an SCR file—by default, the .scr extension is utilised for Windows screen savers. These files are executable. If the archived file is launched, Trojan.DownLoad3.35539 extracts an RTF document from its body, saves it onto the hard drive and displays it on the screen. 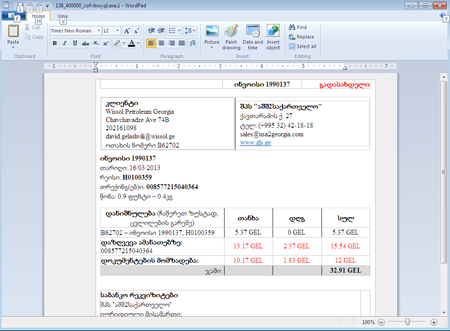 At the same time, Trojan.DownLoad3.35539 establishes a connection with one of the attackers' remote servers, downloads an archive containing the encryption ransomware Trojan.Encoder.686 (a.k.a. CTB-Locker), and then decompresses and runs it. Following its successful initialisation on the victim machine, Trojan.Encoder.686 encrypts files and displays the following message: 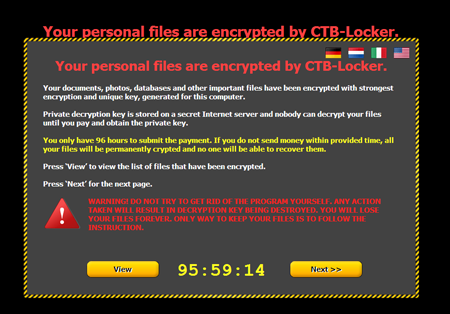 It is worth mentioning that attackers give their victims only 96 hours to pay the ransom required to recover their files and threaten that a failure to comply with their demands will result in permanent data loss. To acquire information about the terms and the ransom amount, users are directed to a site residing in the TOR network. 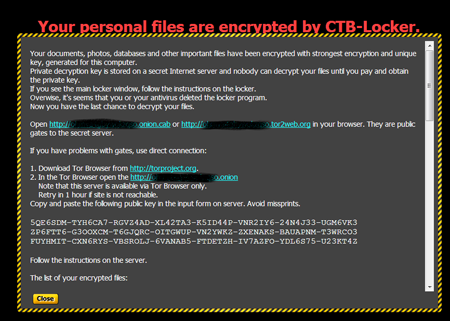 Trojan.Encoder.686 has been compiled using TOR and OpenSSL libraries and relies heavily on their encryption routines. While encrypting data, the ransomware makes use of CryptoAPI to generate random data as well as elliptic curve cryptography which for now makes it impossible to recover the affected data.

Doctor Web urges users to exercise caution and to never launch files received with emails, as well as to refrain from opening attachments in messages from unverified senders and to back up valuable data regularly.

In addition, please note that Dr.Web Security Space 9 and 10 incorporate several components that will facilitate automatic timely backups for your most valuable information and protect your computer from encryption ransomware and other malicious programs.

To keep your data safe, follow the recommendations below:

Supplemented by some caution when working with emails, these measures will keep your system safe from most modern threats including encryption ransomware.