Doctor Web warns Internet community of a new threat that spreads over the social networking and micro-blogging service Twitter. A link to a malicious web-site is sent to subscribers of one of Twitter users. A victim is lured into downloading a special codec supposedly required to watch an adult video clip. The bogus web-site detects the operating system of the victim and offers different pieces of malware for Windows or Mac OS X.

The “ Leighton Meester sex tape video free download! “ message and the link to a bogus web-site appeared in the micro-blog of a former Apple employee on Wednesday, June 24.

The micro-blog has a significant number of subscribers (about 140 000), so the post was delivered to all the followers. The simple url shortener service http://www.bit.ly/ directed all users clicking on the url to http://www.nowpublic.com/ where they could watch the video. However, as the use tried to view the clip, he was redirected to http://worldt**e.su . Clicking on the video invoked a dialogue that prompted the would-be-victim to download the ActiveXsetup.exe codec file which was nothing more than a malicious program. 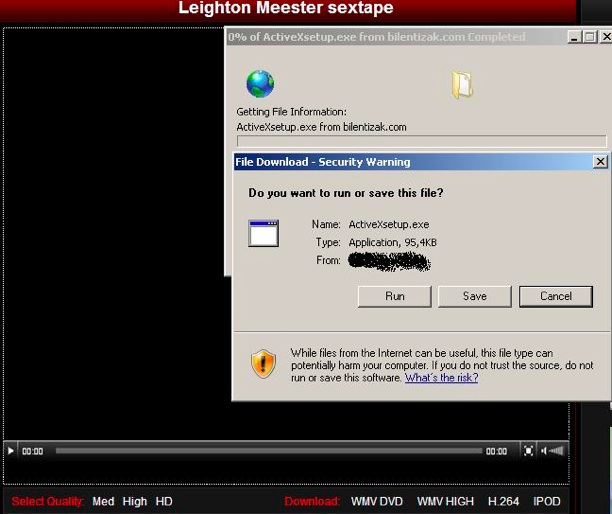 The malicious script at http://worldt**e.su uses a browser user-agent to determine which operating system is installed on the target machine. If the browser is running under Windows, a victim downloads Backdoor.Tdss.119, if the target is a Mac, the supposed codec is Mac.DnsChange.2. Launching ActiveXsetup.dmg starts install.pkg that executes a Perl-script to download the main virus.

The malware spoofs DNS server addresses for requests sent by a user via the browser address bar. This feature can be used to promote web-sites and search engines or to redirect a victim to malicious web-sites. 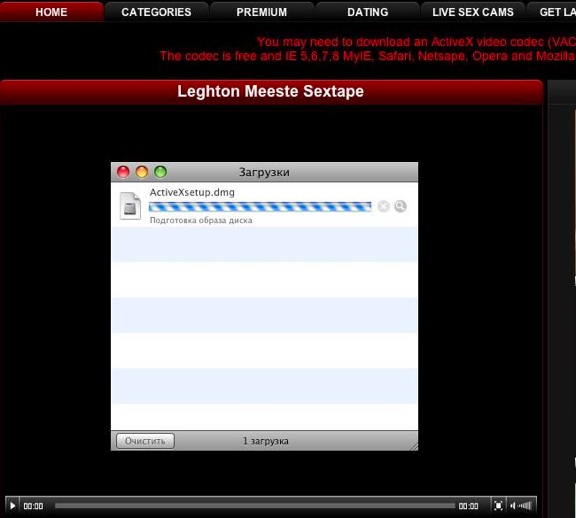 A link to http://worldt..e.su was removed from http://www.nowpublic.com/ soon after the post had appeared. However, it was available for more than 10 hours so it was not only displayed on pages of subscribers but was quoted many times.