Elimination of botnet and other viral events in March 2011

, also known as Rustock. In addition, criminals launched a number of large-scale attacks on social networking sites. And, as expected, the disaster in Japan became the topic of many spam mailings.

On March 17, 2011, the largest generator of spam, the Trojan.Spambot botnet, ceased its operation. Twenty-six command centers of the botnet became non-operational, and hundreds of thousands of bots, left without anything to control them, went into hibernation.

Trojan.Spambot, the first known examples of which date back to 2005, became one of the most technologically advanced and complex malware species. Its developer perfected the program for several years, and an analysis of the Trojan's code served as the source of many analytical publications.

A civil lawsuit filed by Microsoft against the unidentified individuals behind this botnet became the legal basis of the operation. According to widespread belief, the attackers are of Russian origin.

It is still difficult to make predictions about the future of the spam industry. The significant damage caused by the closure of the largest spam networks can be quickly reversed by the growth of other botnets. Win32.HLLM.Beagle, whose activity in recent years was low, has taken the leading position as the largest generator of spam traffic. Both spam networks specialize in so-called “pharma spam”—the advertising of drugs.

In the future, we can expect botnet architecture to move towards decentralization. Also, some think that the Trojan.Spambot botnet will recover.

In March 2011 Doctor Web announced the discovery of a new modification of Trojan.PWS.OSMP that infects express payment terminals. This Trojan horse modifies the account numbers of payment recipients. And its latest modification probably enables criminals to create virtual terminals.

Interestingly, the Trojan horse wasn't detected during the analysis of a compromised terminal but while monitoring the botnet of another Trojan horse that enables Trojan.PWS.OSMP to get into terminal systems.

A terminal is infected in two stages. First, the terminal is compromised by BackDoor.Pushnik, which is a 620 KB, packed executable file written in Delphi and spread via removable media. Once installed, the Trojan gets instructions from command centers and, after several intermediate steps, downloads and runs a 60-70 KB binary file containing Trojan.PWS.OSMP. It looks through the running processes in search of the maratl.exe process which is a part of the payment terminal software environment. If successful, the Trojan horse injects its code into the process and replaces the recipient’s account number in the process' memory with the criminal's account number.

The latest known version of the Trojan horse implements a different scheme of fraud. Trojan.PWS.OSMP copies a configuration file of the payment terminal to its server. A stolen configuration file is supposed to help criminals create a fake terminal on their computer, which should allow them to redirect transferred funds to their account.

On March 14, 2011, Adobe Systems announced the discovery of another vulnerability in Adobe Flash Player 10.2.152.33 and in some of its earlier versions.

An attack is conducted by means of an xls file with an embedded swf object:

Figure 1. The embedded swf file in an Excel document.

This swf file loads shell-code into memory and then executes an attack on the vulnerable flash-player, using the Heap Spray technique. Then the swf file code loads a second swf file that exploits the vulnerability in the bytecode interpreter ActionScript CVE-2011-0609, common to all vulnerable systems.

The demonstration of the vulnerability provoked mailings of messages with an attached Trojan xls file that included Exploit.SWF.169. When the file is launched, MS Excel stops responding for some time, and the user sees an empty table with an embedded flash video clip that doesn't display anything.

Meanwhile Exploit.SWF.169 carries out a local attack. It saves to the disk and runs the executable file with the Trojan.MulDrop1.64014 or Trojan.MulDrop.13648 payload.

Nowadays social networking websites are popular targets of hacker attacks. The last month provided another confirmation of that trend—LiveJournal and Facebook came under attack.

On March 4, 2011, a mass mailing of phishing emails sent on behalf of LiveJournal’s administration was carried out. Messages contained a notice about suspension and probable removal of LiveJournal accounts.

The sender field of the phishing emails contained the do-not-reply@livejournal.com address which is actually used to send notifications to LiveJournal users. A fraudulent link was provided to would-be victims; it directed them to a bogus website livejorrnal.com or xn--livejurnal-ivi.com.

Users following the link ended up on a page that mimicked the original LiveJournal design. Data entered by users on the page was transmitted to fraudsters. 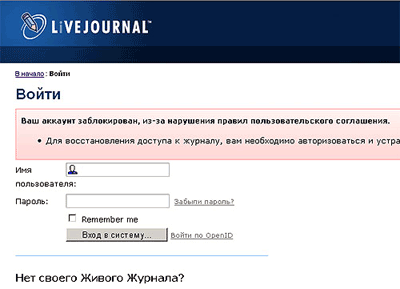 Figure 3. Fraudulent page that duplicates the look of LiveJournal.

A few days later Facebook suffered a similar attack. Its users began receiving spam messages sent on behalf of existing Facebook accounts. Such messages contained a short URL (the trick commonly employed for such attacks). It prevents users from learning beforehand where the link leads. In this case, it led to a fraudulent page that copied the Facebook design. This page contained a notification and prompted users to submit their personal information. If victims filled in the requested fields, the attacker gained access to their individual accounts and then used those accounts to send a similar fraudulent message to the friends on the victim's list.

On March 30, 2011, LiveJournal suffered another DDoS-attack. The service administration estimated it to be the largest in its history. The attack continued for several hours, and during this time the service was virtually unavailable.

A wave of spam related to the disaster in Japan

As expected, there were attackers ready to exploit others’ misfortune, and the disaster in Japan was followed by a wave of spam messages on corresponding topics.

The message body usually contained a link to a fraudulent resource that was ready to accept donations. 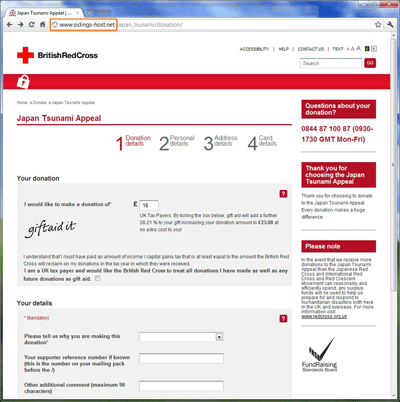 In other cases users were lured to malicious resources. For example, a message offered users the opportunity to watch a video of the disaster and provided a corresponding link. 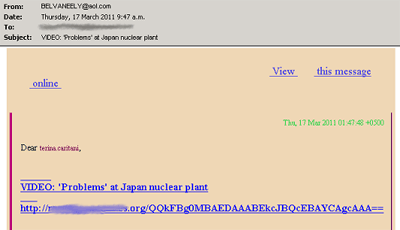 Figure 5. Spam messages with a link to a Japan disaster video.

When the user tried to view the video, they were redirected to a malicious site from which Trojan.FakeAlert was installed onto their computer. 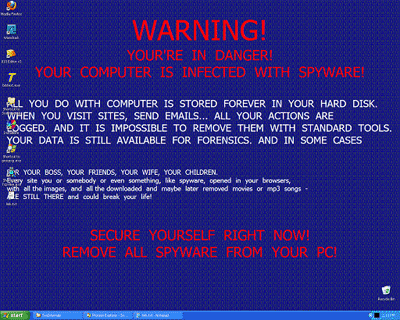 Figure 6. The result after attempting to view a Japan disaster video.

Criminals are taking advantage of this occasion to spread a wide range of Trojan software: fake anti-viruses and system utilities, and all kinds of blockers.