Old and new forms of deceit in October 2010

Meanwhile, the battle between viruses and anti-viruses is gradually moving onto a new field: the x64 platform.

A distinguishing feature of this malicious program is its bootkit components which allow it to load before an operating system is started, thus controlling an OS’s loading process and bypassing protection mechanisms that prevent the installation of unsigned drivers. Once the malicious driver is installed, the rootkit can covertly perform its malicious tasks in the system. When testing of the Dr.Web CureIt! beta is over, the scanner will be incorporated in all Dr.Web anti-viruses for Windows.

At the same time anti-virus companies are studying new malicious programs and making their findings available to the media, who in turn alert users to the dangers, criminals are also using this knowledge to spread their malicious programs, disguising them as tools that will neutralize other, more notorious ones.

In October, Doctor Web’s virus analysts discovered three incidents of such fake utilities being spread. The most well-known of these involved the mailing of a utility that was supposedly being offered by a renowned anti-virus vendor to neutralize the notorious Trojan.Stuxnet. Dr.Web detects the fake utility as Trojan.KillAll.94. Reports about this Trojan were received from European users.

Distributors of fake self-extracting archives (Trojan.SMSSend) realized that certain types of their "products" (e.g. WinRARC) were gaining in popularity and that some users were failing to notice that such "archives" didn't contain any useful information. This encouraged criminals to go further: they began spreading other fake archives as utilities for extracting files compressed with WinRARC. No doubt, a user had to send a certain amount of money to criminals in order to use the "utility".

A new modification of Trojan.Hosts, appeared in the wild at the end of October. The malware targeted Russian users, informing them that their respective systems were infected by a variation of Zbot (Trojan.PWS.Panda under the Dr.Web classification), and prompted them to send a paid short message to get their systems cured. 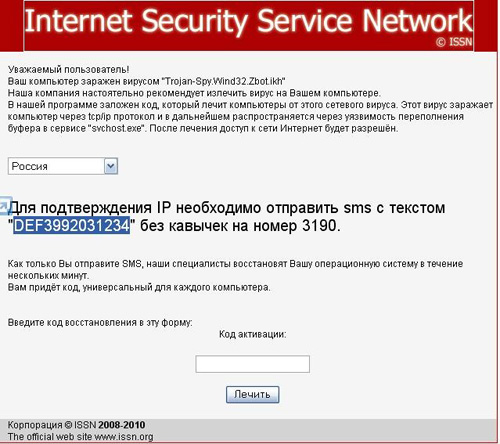 The number of requests for support (available free of charge to victims of cyber fraud) in October didn't differ much from that of September: 118 requests per every 24 hours vs. the September figure of 124.

Most requests were received in the first two weeks of the month when Trojan.HttpBlock. was found in large numbers in the wild. In the peak period, the number of requests related to the Trojan per day could reach several hundred (up to 80% of all requests).

This program redirects a web browser to pages received from a web server installed by Trojan.HttpBlock in the compromised system. Criminals demand a ransom from victims to regain access to web sites.

When, on October 14, Doctor Web issued a warning about the wide spreading of Trojan.HttpBlock, short code aggregators promptly blocked criminals' accounts, cutting the number of support requests related to Internet fraud to 50–70 per 24 hours.

With the number of Trojan.HttpBlock incidences diminishing, top spots for the most widely spreading malware once again went to Windows blockers (Trojan.Winlock), that demand cell phone account balance refills and Trojans that modify the hosts file to redirect users, who frequently visit social networking sites and other web resources, to bogus sites.

It should be noted that towards the end of October, criminals were tending to use schemes that lured victims into providing their cell phone numbers and replying to a free short message. These users subsequently wound up as subscribers to a paid service. This scheme, which has been around for a long time, has become popular again. But while previously it was used mainly on fraudulent web sites, it is now employed to spread malware like Trojan.SMSSend and Trojan.Hosts. 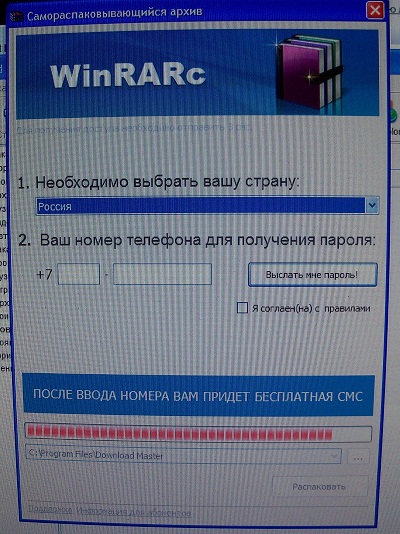 In addition, a slightly modified ransom scheme that involves mobile phones has been discovered. Here a user doesn't need to search for an ATM, but can pay criminals instantly by dialing a service command or by sending a special short message. 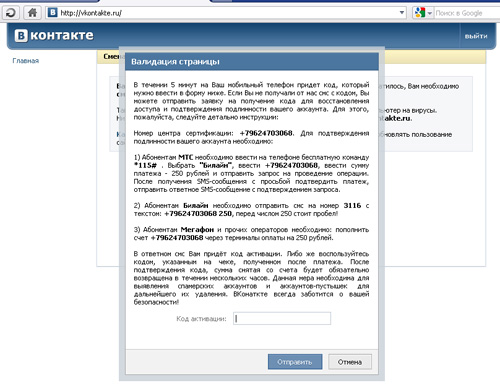 Internet swindlers kid around too

An insignificant number of Trojan.Winlock modifications discovered in October didn't demand any unlocking codes from users. On the contrary, the text displayed in the blocking window warned users about the dangers of frittering their lives away on a popular social networking site, ultimately asking them to reflect on whether they are persons or puppets.

Other events worth mentioning here include the discovery of several modifications of Android.SmsSend that covertly send paid short messages from a compromised device. Fake anti-viruses, malware featuring bootkit technologies, and Trojans targeting Internet banking users are still being found in large numbers in Europe.