Once launched, Android.Loki.28 mounts the section /system so that a writing process can make changes to system files. It then extracts the additional malicious components Android.Loki.26 and Android.Loki.27 from its body and saves them to the system catalogs /system/bin/ and /system/lib/, respectively. The Trojan then injects a dependency from Android.Loki.27 into one of the system libraries. Once the library is modified, Android.Loki.27 ties itself to it and is run every time the operating system uses the library. Figures below show an example of changes performed by the Trojan: 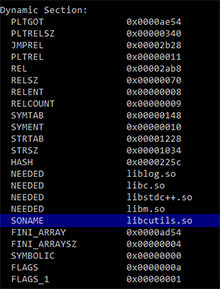 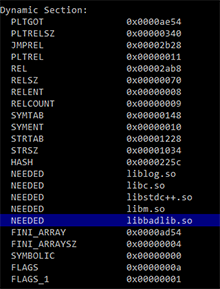 Since Android.Loki.27 modifies system components, its deletion can render a device non-operational. When switched on again, the Android operating system won’t boot up normally because it won’t be able to find the dependency from the Trojan in the modified library. For the device to work normally again, its firmware has to be updated, a process that will delete all personal files. Before performing the update, the device owner should create back-up copies of all their important data and, if possible, contact a technical support specialist.

Dr.Web for Android successfully detects all the known Trojans belonging to the Android.Loki family, so they do not pose any threat to our users.